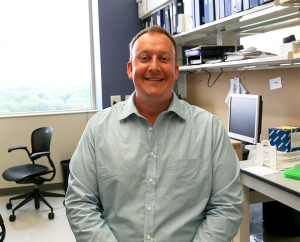 After graduating with a BSc in Biochemistry from Imperial College, London, I earned my PhD in Human Molecular Genetics in the research group of Prof. Judith Goodship at the International Centre for Life (Newcastle University, UK). My doctoral studies investigated the molecular basis of Ellis-van Creveld syndrome, a rare skeletal dysplasia, and led to the identification of EVC2, a new gene that accounted for all unresolved (50%) cases of the disease. I then joined Prof. Daniel Cohn’s group in Los Angeles where, as a post-doctoral fellow at Cedars-Sinai Medical Center and then later as an Assistant Scientist at UCLA, I discovered the molecular bases of an extreme form of short stature (2’2” adult height; ACAN gene) and a severe skeletal dysplasia called fibrochondrogenesis (COL11A1 and COL11A2 genes), which accounted for all cases of the disease. I also developed a murine model for a spectrum of skeletal dysplasias caused by mutations in the calcium channel-encoding TRPV4 gene. Subsequently, I joined an outpost of Prof. Terri Young’s research team at Duke-NUS (Singapore) where I obtained knowledge of next-generation sequencing technology (exome) data processing. Now I guide the research team at UW-Madison to enable identification of gene mutations that cause hereditary disorders of the eye. Aside from the excitement of performing novel research, I enjoy mentoring at all levels of education (from high school to post-doctoral). Outside of the lab, I relax with my wife, with whom I have embarked on the greatest collaborative experiment of all: our baby daughters. Pubmed